Aurel Rotărescu: Every year is different, I am never bored, and challenges are at every turn.﻿ 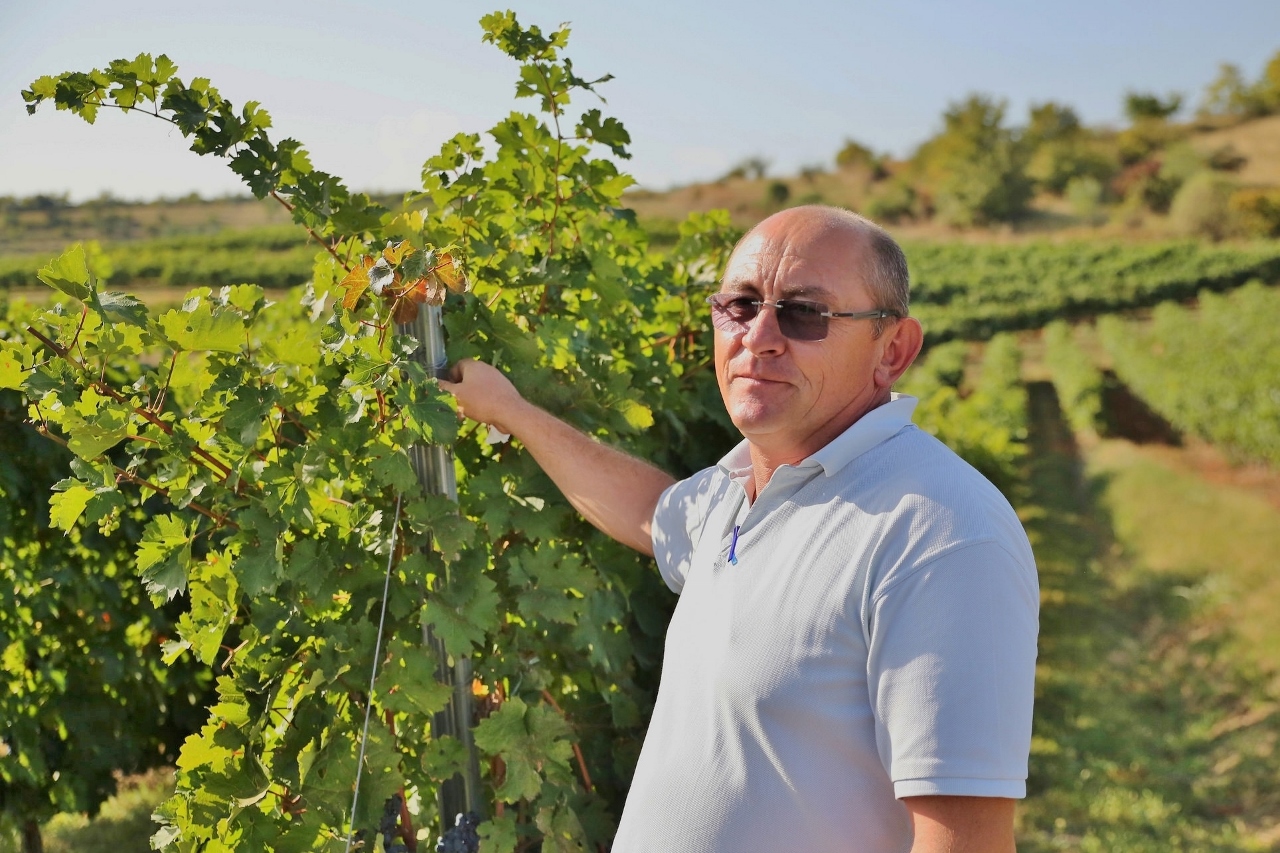 Romanian terroir to the attention of Count Guy Tyrell de Poix, a French dentist and wine aficionado, descendant of a winemaking family with a tradition of over 600 years in this industry.

Sensing the potential of Romanian wine regions, he left behind the Corsican wine domain he was managing (Domaine Peraldi). He arrived in Romania in 1993, at Ceptura, Dealu Mare, and he was mesmerized by the Feteasca Neagra created by a young winemaker, called Aurel Rotarescu…this is how our story begun.

And so, in 1994, S.E.R.V.E.( The Euro-Romanian Exceptional Wines Company) was established, the first and for many years, the only private winemaking company in the country. 1994 is also the year of our grand debut, when we launched the Vinul Cavalerului range, which became an instant success.

Over the years, our wine portfolio has increased substantially: in 1999 and 2001 we launched the Milenium blends (red and white wines) and also our first Cuvée, Cuvée Charlotte, born in 2001 with grapes harvested in 1999. Terra Romana range followed in 2005 and it consists of carefully selected wines to satisfy the most refined tastes, a brand exclusively distributed in the HoReCa field and foreign markets.

Cuvée Guy de POIX is the last “Grand Vin” launched by S.E.R.V.E., in 2014, with the occasion of our company’s 20th anniversary, as homage to the man who made a lifelong commitment to Feteasca Neagra and who, unfortunately, left us in 2011- Count Guy Tyrell de POIX.

Tell us how did you come into the world of wine?

That was my destiny or my chance. In 1991, as a recent horticulturist, I got an offer to work at a winery in Dealu Mare, a newly established company which owned about 600 hectares of vines and a newly created winery, SC Dionysos SA. I said it was a lucky chance because at that time it was very hard to work in a winery and due to the desire of the director back then, Mr. Bahr I came to consider having this profession, to specialize and to gain some principles which to develop later on.

Why did you choose S.E.R.V.E. winery?

Together with S.E.R.V.E. winery I grew and learned along the way. After Guy chose to invest in Ceptura, we really began to work on projects that later proved to be successful. We've always had a very serious relationship, I had no reason to choose something else, I actually never thought about other options.

What does S.E.R.V.E. winery means to you after more than 20 years?

It means a lot, it is the place where I have grown professionally and where I got confidence and satisfaction over the years.

What is your favourite part of the job?

I don’t have a favourite part. I like everything I do. Every year is different, I'm never bored, and challenges are at every turn.

What were the best harvests of the S.E.R.V.E. winery in the past 20 years and why?

A good harvest is the harvest in which you manage to get what you want and use the maximum of what nature gave you to achieve your goal. Quality wise, the best harvests are determined by nature in a very large proportion, so I could say that in the ​​past 20 years the best were the harvest from: 2002, 2007, 2012, 2014, except the red wines of 2015 and 2016 harvest which are not ready yet.

Which is the wine that you created (brand and variety) and that you are proud of? Because of how it evolved in time or because it was appreciated on the market.

I am proud of all the wines created, of course there are wines with a high quality potential, a longer life span (Top of the selection – the Cuvée) or more ephemeral wines, but with a very beautiful expression at a particular time.

Which is your favourite Romanian and international variety?

Each of the varieties we cultivate have a part I prefer. For the red varieties I like Pinot Noir's elegance, the roundness of Merlot, the complexity of Feteasca Neagra and structure of Cabernet Sauvignon. For the white varieties is the same, each comes with something special. Sincerely, I like the most to combine these varieties to get assemblages.

What is your favourite international wine? 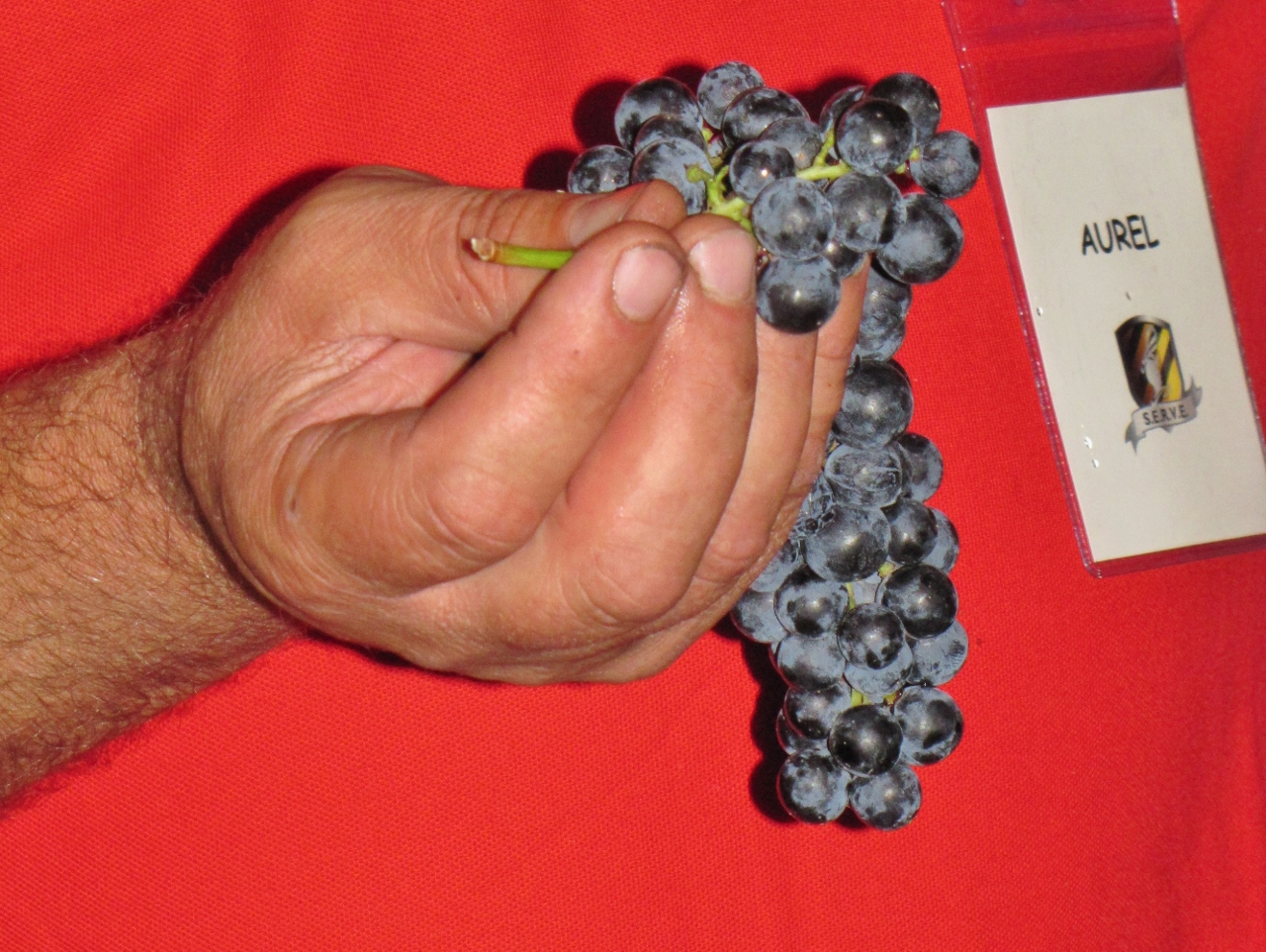 Bordeaux - one of the most popular regions where I tasted many good and very good wines.

I saw that you participate in national and international fairs, how do you see the Romanian market development and what do you consider must be done to develop it further?

I participate in fairs primarily to compare. Sure I notice that Romanian wines are increasingly present, their quality has increased and there is the need to be appreciated, to be sold. I think first we need a unity of interest between producers and between them and the state in order to effectively manage available funds to promote Romanian wines on national and international markets. We all can do something, we, the wine producers, can increase the quality of wines and the state through its representatives can help us in promoting them.

Apart from Dealu Mare, in what other Romanian wine region do you see great potential and why?

All wine-growing areas have something special to offer, Dealu Mare is more organized now, great potential exists in the hills of Oltenia (for Cabernet sauvignon or selected Cramposie), in Cotnari (Grasa de Cotnari, Tamaioasa Romaneasca or Busuioaca de Bohotin), in Jidvei (flavored or sparkling dry whites), southern Moldova can produce white wines at a good price, Murfatlar wineries area can also produce good wines. In fact, I think the diversity we can offer is a very good thing for us as a country.

Your son is studying viticulture in France, will he be your winery colleague?

I hope so, however, some time has to pass, the period in which he will learn the secrets of this profession in other parts of the world and then, together, we will make wines for S.E.R.V.E. winery.

As you know, we promote wine tourism in Romania, tell us how you see this sector? What contribution does it bring to promoting wine?

The fact that many people, friends of wine or not, see how wine is produced, they make contact with it, which is a good thing and I hope this activity will increase in the future because it helps us in promoting our work.

What are the curiosities of the tourists who visit your winery?

In general, people who come in a winery do not ask a lot of questions. Probably the amount of information they receive in a short time is overwhelming. In the winery they ask if all the containers are filled or how many liters they have, why do we put sulfur in wine, if rosé wine is made from red plus white wine. 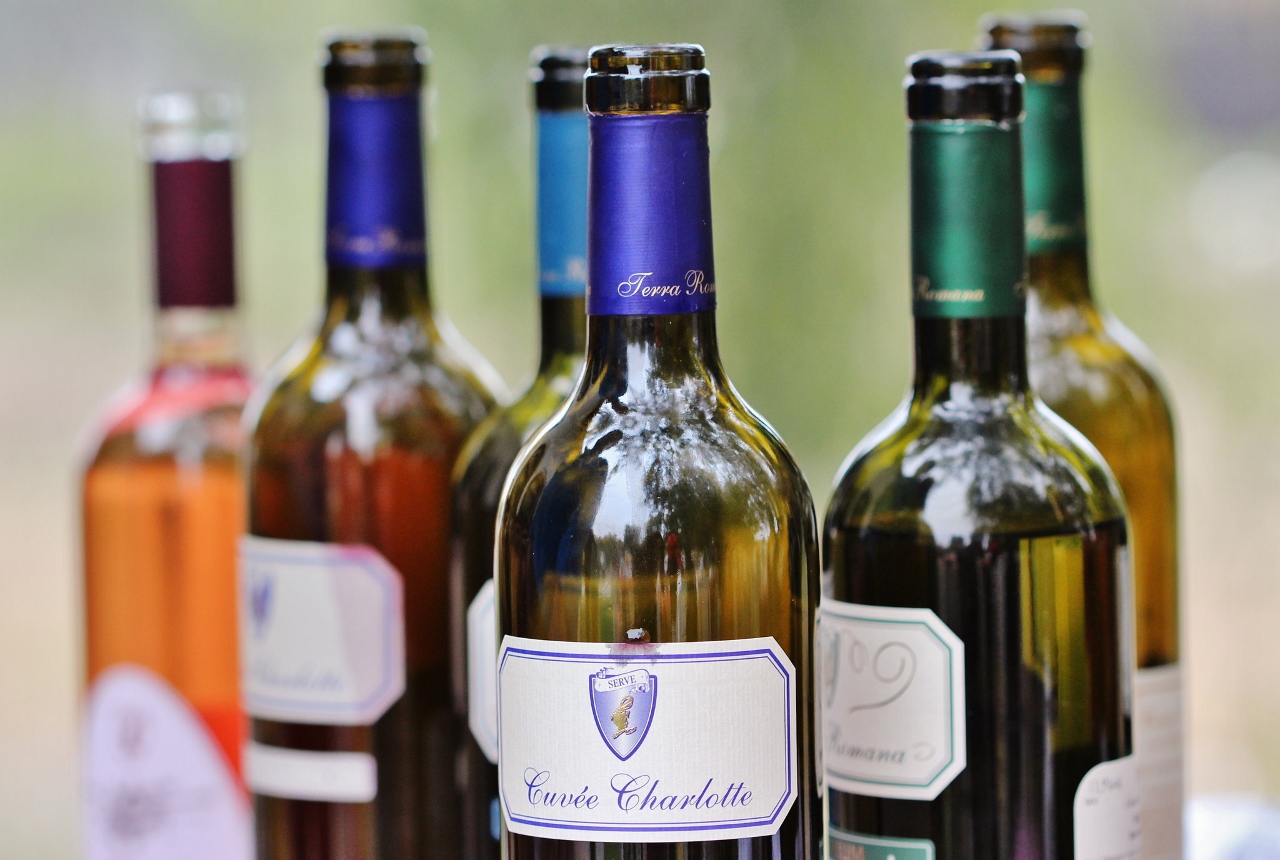 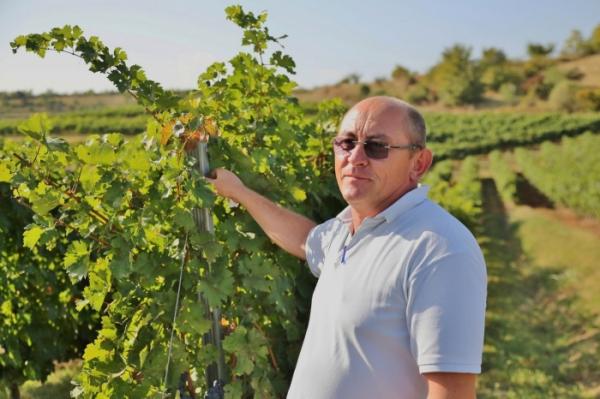 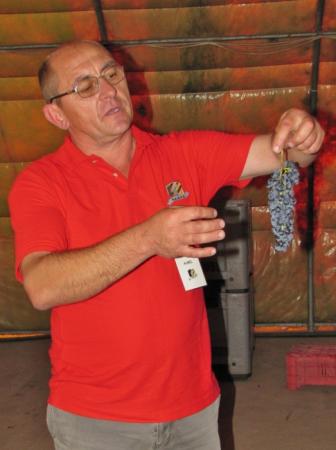 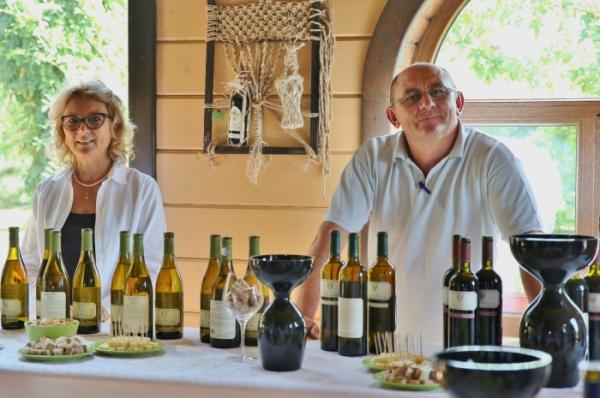 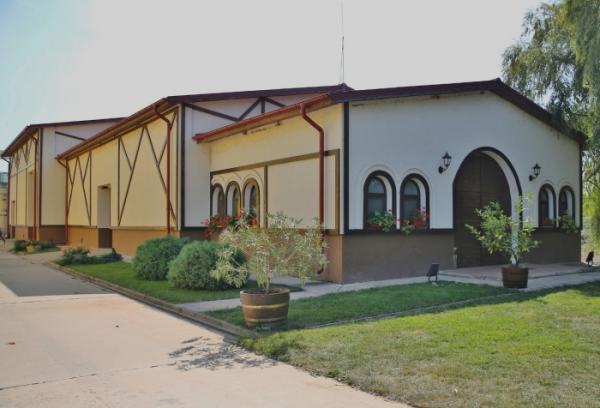 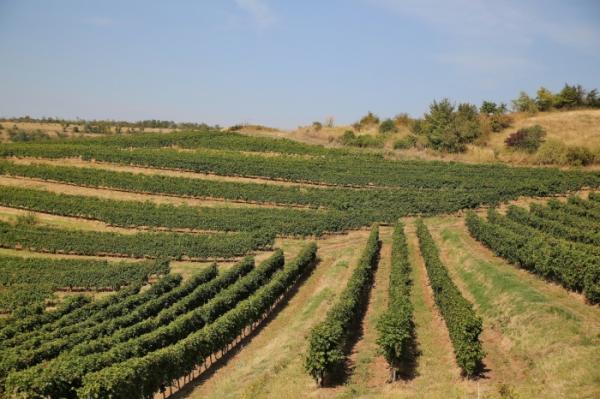 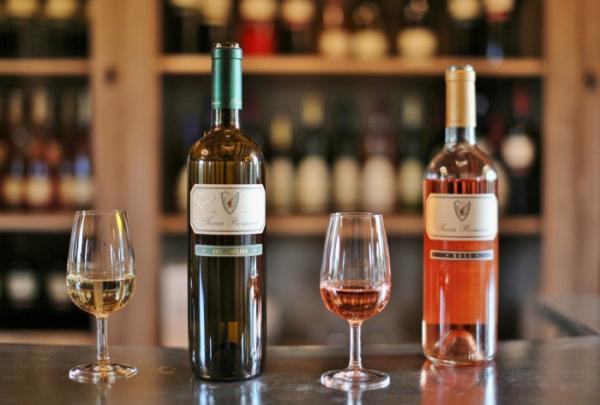 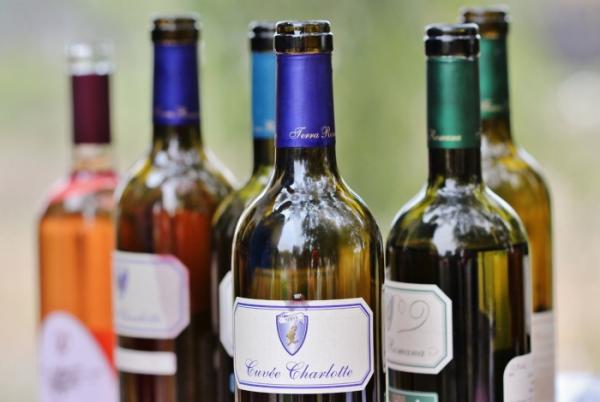 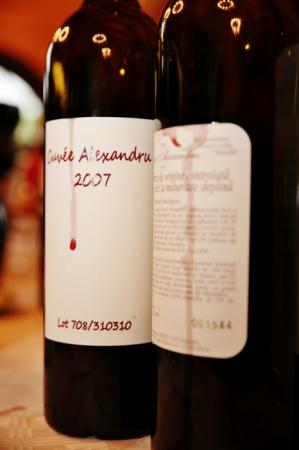 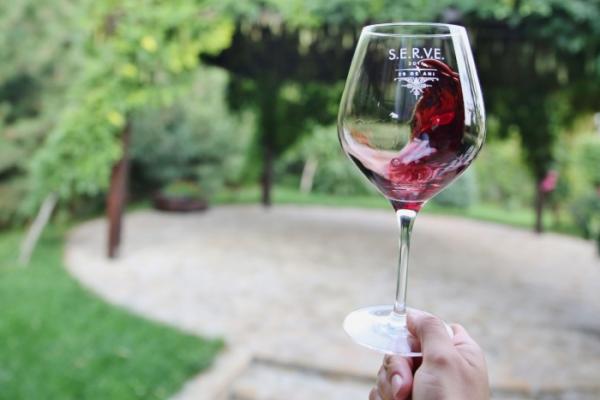