Biertan is a typical Saxon village, easily accessible, located just south of Tarnava Mare, in Sibiu County. In the centre of BIERTAN there is one of the most imposing and well-fortified churches in Transylvania.

Around it, there are still preserved streets paved with medieval arches dating back hundreds of years. The fortress-church was first mentioned in a document of King Matei Corvin in 1486.The access into the stronghold is directly from the central square through a 100 m long wooden covered staircase, dating from 1795. It connects the exterior with the interior fortification. The door dates from 1780 and is made in Renaissance style.The church instead was built in the late gothic style. The shrine is one of the most imposing in Transylvania and contains 28 paintings.

One of the great attractions for visitors is the door of the sacristy dating from 1515, made of oak. The uniqueness is also given by the complicated locking system operated by a key and a crank. Four mechanisms are also activated by key and other fifteen by crank. In case of siege it was this the place where all community valuables were kept.

Inside the church there are also some flags of local guilds of weavers, wheelwrights, tailors, tannesr and fellmongers, shoemakers and furriers.

The first wall of the fortress has three towers and a bastion. In the north there is the clock tower having on the side walls of the roof three the clock dials dating back in 1508. In this tower there are two bells: a large bell striking the hour and a small one striking every quarter of hour. In the northwest there is a defencing tower dating from the early twentieth century known as the mausoleum since in 1913 the earthly remains of the priests and bishops buried in the church, in the churchyard or in the old cemetery were displaced here. In the eighteenth century a wooden belfry was built in the northern part of the church, in the first enclosure of the fortification.

The second wall is studded with pinnacles, pillars, struts and round arcs and is 7-8 m high. This second wall is surrounding the west, south and east areas, defining two courtyards that make up a kind of yard, where the animals belonging to the community were brought in case of emergency. In the north-west there is the bastion known as the prison; in the eighteenth century the prison was converted into the administrator housing. In the south area there is the gate tower with defensive role and in the west there is a massive tower which in recent years has been a painting workshop, a temporary exhibition hall and currently serves as home to the stroghold’s manager. In the eastern part of the outer wall of the fortress, there is a building that functioned as a school and kindergarten until 1993 when it was converted into a guest house.

There is a legend that says that spouses who were arguing, before the divorce were closed for two weeks in the stronghold and forced to stand each other. They had available one spoon, a fork, a table, a bed, a chair and had no knife. For this reason, in 300 years an only divorce happened in Biertan.

Between november and april, minimum 5 people visits from monday to saturday beetween 11 – 15.

Other touristic attraction in the area: 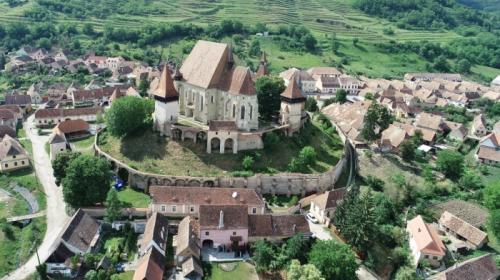 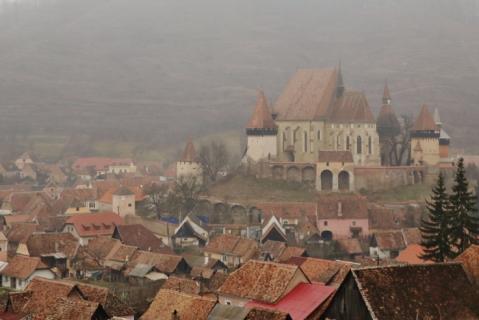 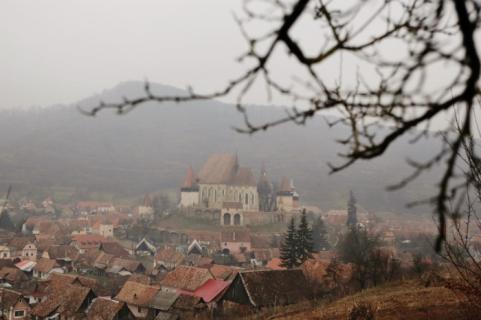 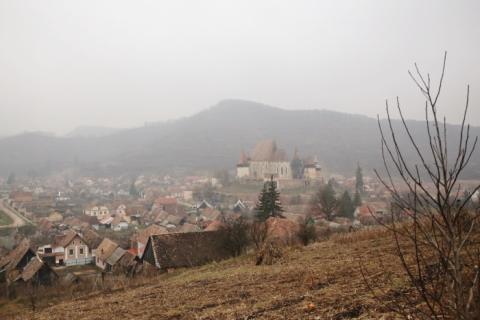 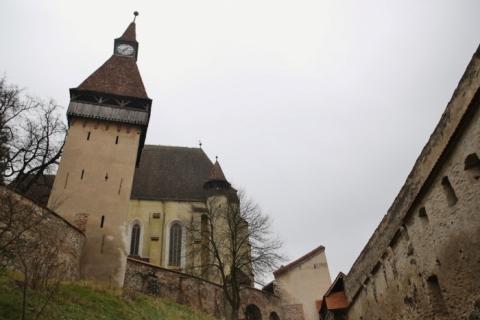 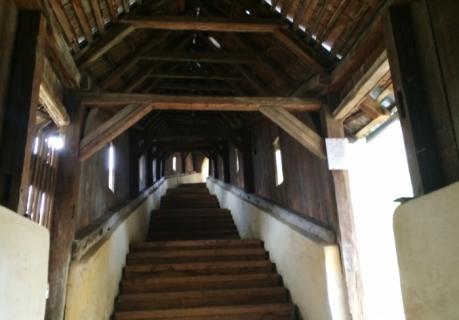 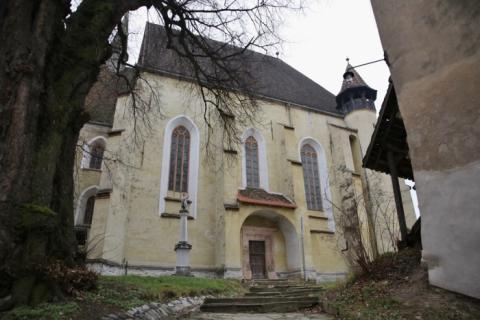 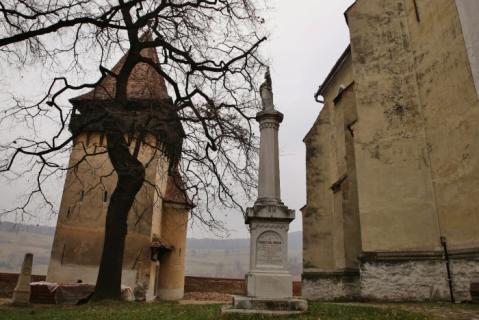 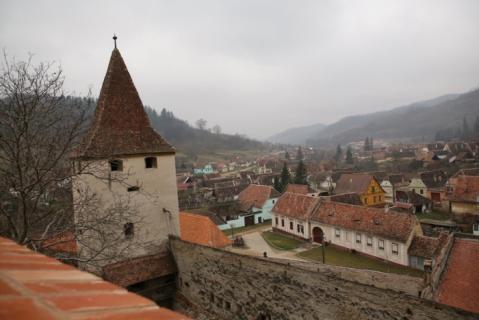