Laurent Pfeffer: The day Romania will produce 100% native wine varieties is nigh 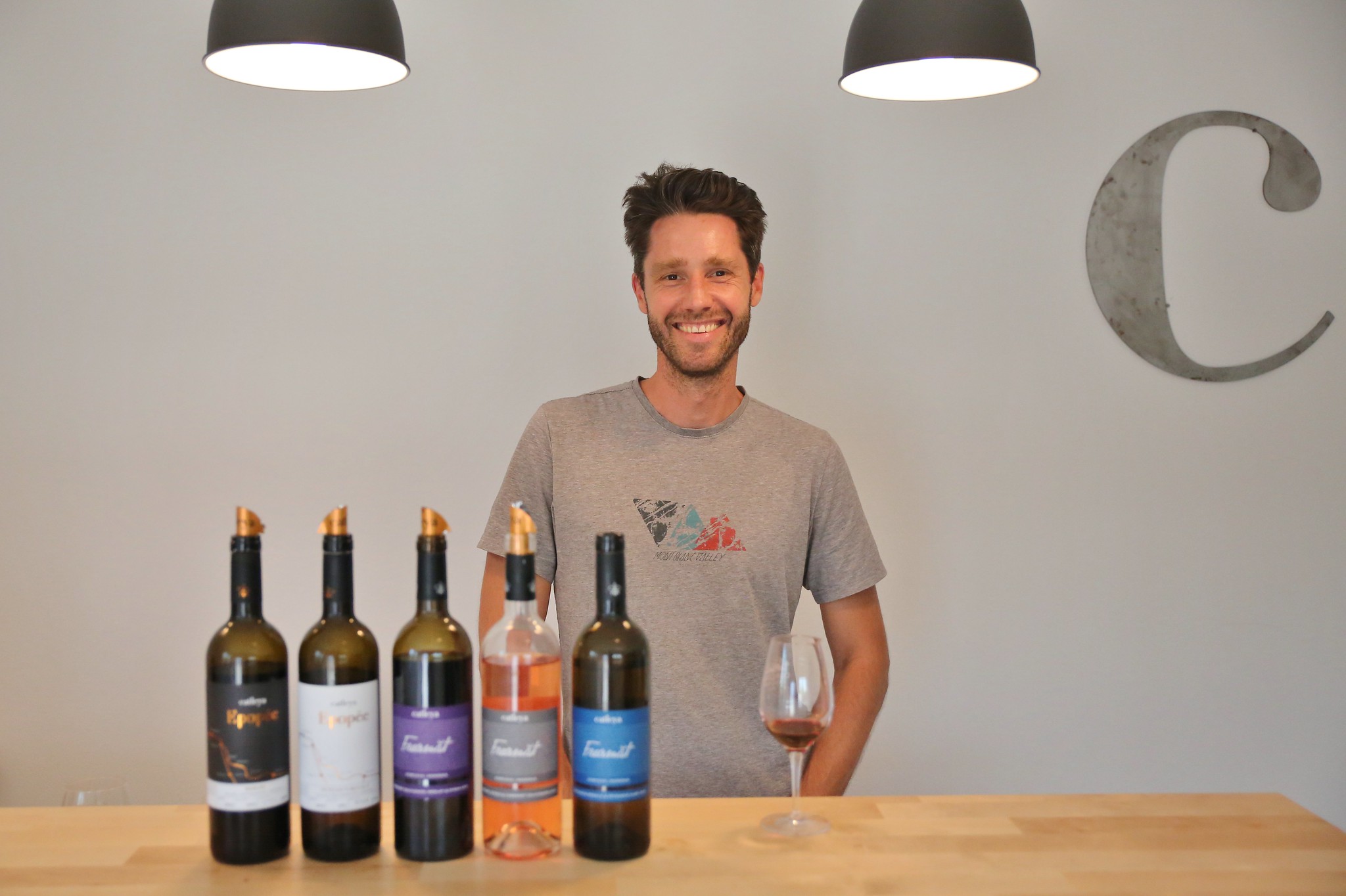 I met Laurent half a decade ago while I was visiting Corcova Roy&Dâmboviceanu Winery with a few friends from Vinul.ro. Although we had heard several stories about him we never could have imagined that a talented French wine expert would also be charming and witty.

News about the wines Laurent Pfeffer was making at Corcova spread around the country very quickly, and then around the world, reaching Turkmenistan too. Despite knowing that he had grown his own vineyard somewhere on the sunny hills of Corcova, I would have never predicted that 5 years later we were going to be lured by his liquid “love”. In short, this is the story of Catleya Domain and the man behind it.

Who is Laurent Pfeffer?

He is a French man, 34 years old, 1.87 m, was born in Versailles, and has a degree in grape growing and winemaking in Bordeaux. He is the father of two young girls and has always been in love with the same French woman. He has been living in Romania since 2007.

How did you become a wine expert in Romania?

I was an intern for 5 months at SCDVV Tg Bujor in 2003. I quickly took a liking to the people I was working with (I especially admired the chief-engineer, Nicolae Birliga, whom I have been friends with ever since, and who is also my daughter’s godfather), the country, and of course, to what I was studying.

When I returned to Bordeaux, a fellow student, Frederic Vauthier (the owner of a domain in Lussac St Emilion) enquired whether there were any opportunities in Romania to grow a vineyard. I smiled and nodded, and in 2007 I went back to buy a plot of land.

My connection to Corcova was a mutual distributor of winemaking equipment (between S. Damboviceanu and F. Vauthier). At the time, Șerban was looking for an engineer and I was looking for someone to help me buy and grow a vineyard, and so, we shook hands on it.

How would you describe Corcova terroir?

Esquisite ! Continental climate, nevertheless temperate, forests around the vineyard and the Danube is 30 km away. Clay soils with less nitrogen, high density (the vine grows at a slower pace and makes fewer grapes, however more concentrated) and a permanent but limited water supply. The vine is planted on the hills facing South, Southeast and Southwest. Varieties adapt to these conditions (Merlot, Cabernet Sauvignon, Cabernet Franc, Syrah, Fetească Neagră, Fetească Albă and Fetească Regală).  Better yet, we have a team of young and hardworking people who will always do their best to make everything go like clockwork.

You’ve recently put on the market your own wines, Freamăt selection (Catleya Domain). Tell us a few things about the story of these wines and we would also like to know how you came up with the names. Why Freamăt? Why Catleya?

During La Belle Epoque, Prince Anton Bibescu, Marcel Proust and their friends were at a wine tasting in Paris, reminiscing pear flowers in that mythical place, Corcova wines. Bibescu was the one who decided to extend his vineyard on the most radiant hills of Corcova, and, with the help of French agronomist Sauget, he managed to do so.

Proust, an admirer and a good friend of Bibescu, wanted to join him at Corcova, but the disease prevented him from travelling. He continued writing about this place nonetheless; better still, Bibescu is the inspiration behind one of the main characters in the novel “În căutarea timpului pierdut”. In the book, Cattleya orchid serves as a symbol of love.

Nearly 100 years later, three Frenchmen who loved wine and had a soft spot for Romania, chose this Proustian image that would symbolize the wines obtained from the vines replanted on the old lands of Prince Bibescu.

Proust used to say that « To make Catleya » means, to him, « to make love ». Anyhow, you’ll find the whole story on the website.

The winery is still under construction. When will it be ready and what do you plan to do with it in the future? Are you going to add more hectares to it and enlarge it or is it going to be a smaller winery, the boutique kind?

For now, we don’t physically own it, we are still using equipment from Roy&Dâmboviceanu. We have an interesting project and we are hoping to be able to build it soon enough. We now have 10 ha of vine, 5 of which are already bearing fruit, and the other 5 are going to, soon. We’ll ultimately plant 5 more ha of vine in 2015. Fifteen ha are just about enough.

What is it that makes your wines distinguishable in an industry that is already oversaturated?

I personally don’t think that the wine industry is oversaturated, let alone for small companies like ours with less than 15 - 20 ha. The thing is, we have to stay that way, so that we would be able to give careful attention to our wines. Even the smallest detail matters, everything from grapes to bottling.

Where can we buy Catleya wines?

In specialty and Horeca stores in România; you can also buy them in France, in some restaurants in Versailles and some other restaurants that are related to Proust.

Who is the driving force in your work and why?

No one, for the time being. I am my own muse. On the other hand, I learned a lot from some excellent teachers when I was an undergraduate.

How would you describe Romanian wines as compared to wines from countries with a long tradition of wine-making? Are they likely to become popular in the European market any time soon?

Romania has already got a long tradition in wine-making. The thing is to unearth it. It will most assuredly soon find itself among the top wine makers in Europe, when it comes to quality.

The day Romania will produce 100% native wine varieties is nigh. However, the number of wine producers would have to grow and more wines should go into production, if we want to be widely known and appreciated.

Favourite variety: Whichever, so long as it is distinctive and/or well made.

Favourite winemaking area: Any vineyard that uses the full potential of their vine.

Favourite part of your career: having a stroll around the vineyard in the open air in order to look after the grapes, and then going into the winery and trying to turn those grapes into the best wine there is. I am currently working on all stages of making wine and there are quite a few. I love everything that has to do with wine-making.

Romanian wines are: getting better and better.

Romanian wine industry is on the right track.

*Tell us a "fun fact" about wines that we haven’t heard of:

Better yet, why don’t I tell you a “fun fact” that I haven’t heard of either: How did the tale about wines made with pills come to life? Is it fiction or reality? Never have I heard of such wines! Who brought this myth to life?

Laurent closed the interview with a very good question. We will however answer that question in our next article. Until then, we heartily recommend his wines. Keep an eye on for news about the winery here and don’t forget that “love is space and time measured by the heart” – Marcel Proust. 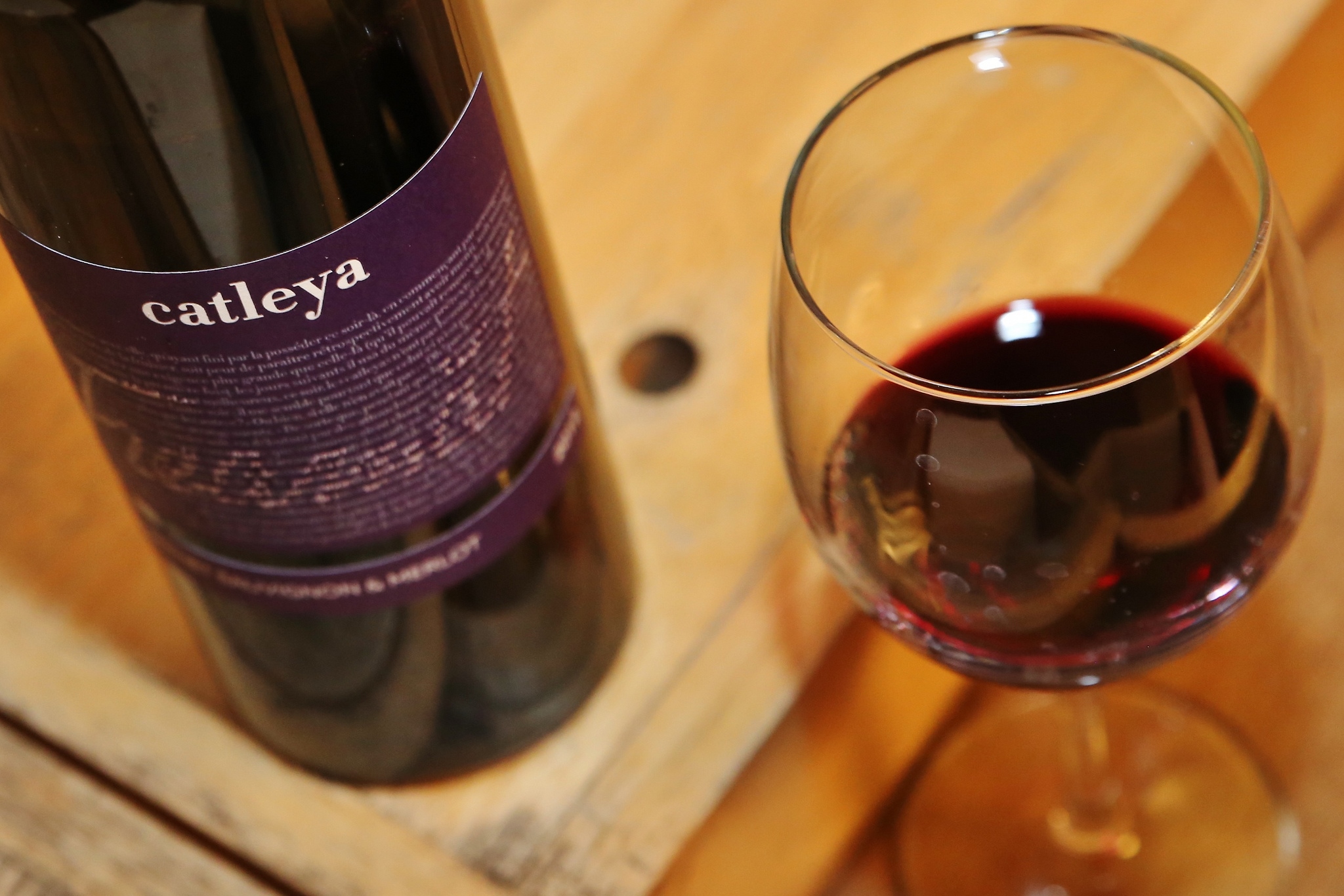