This experience, taking a walk on the streets of Sighisoara, will give you the sensation that you’re on a drama/comedy/romance/political/documentary/medieval film set.

In the 12th century, the talk was that a new city would be founded by the saxons.

So the saxons colonized the surroundings of the river - TARNAVA MARE giving birth to the citadel (THE OLD CENTRE - ”CENTRUL VECHI”) which comprises the church on the hill (BISERICA DIN DEAL) and the walls of the citadel dated to the 1400 s.

All around them you’ll see the 9 defence towers built by the saxon artisans, most famous of which- THE CLOCK TOWER - TURNUL CU CEAS, due to the 7 figurines symbolizing the roman gods Venus, Mars, Mercury, Jupiter, Venus, Saturn and the Sun. Saxons named the days of the week after them. The only medieval citadel that is still inhabited.

Point blank, the citadel became a part of UNESCO’s world heritage as people still live in the great old houses protected by the tall grey walls!

Sighisoara lies in the heart of Transylvania, 54 km away from the county capital, Targu - Mures, 116 km away from Brasov, 285 km from Bucharest.

And the landscape is beautiful...hills and oak forests, there’s a railway connecting you to every part of the country and a decent E60 european road. 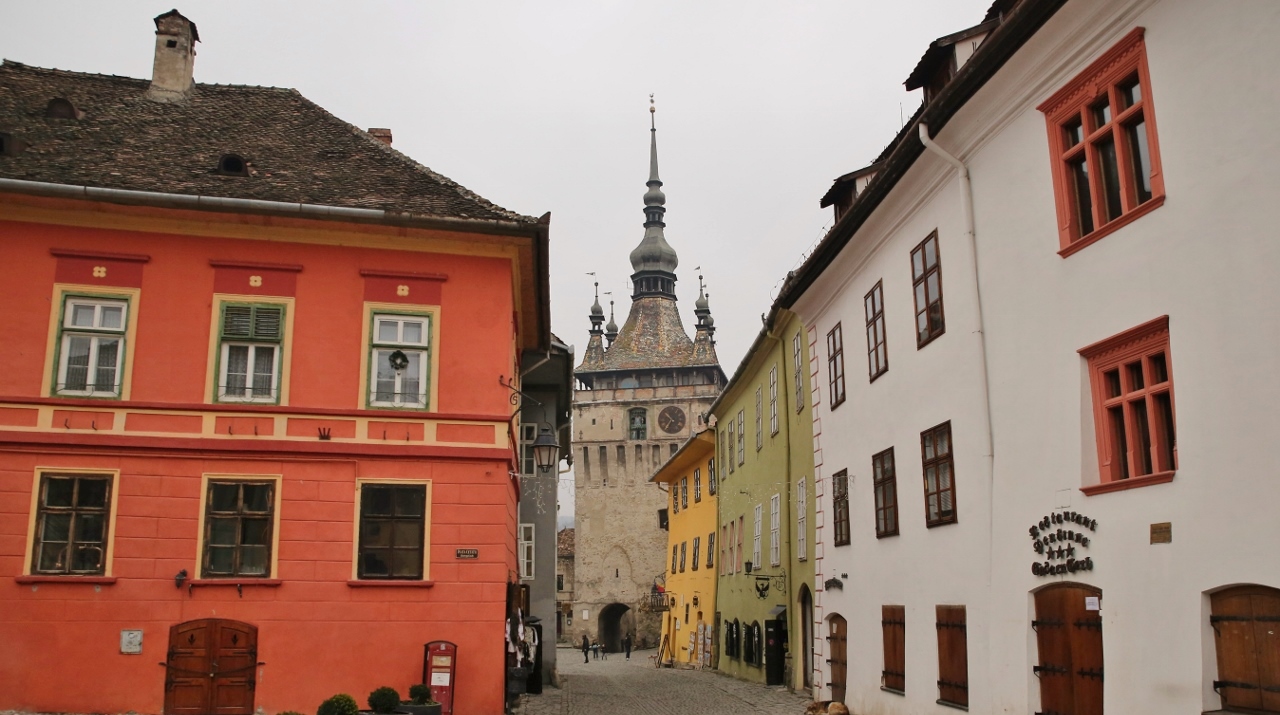 The day market - PIATA CETATII is the main touristic attraction during the Medieval Festival (FESTIVALUL MEDIEVAL). That is when organisers install a huge stage that gets filled with artists of all kinds...popular(traditional) music singers, folk bands, alternative rock/goth bands, plastical artists not to mention circus and street performers.

And if you want to fully enjoy the experience, pay attention to the street fights. That’s the order of Lupus (The Wolf Knights - Ordinul Cavalerilor Lupi) that still exists in its purpose, to scare the bad away especially since Vlad TEPES, the romanian historical figure that inspired Bram Stocker’s novel, DRACULA, actually lived here. His house is now called CASA VLAD DRACUL and it’s close to the market. And if you’re hungry, you might as well take a rustic bite for there’s plenty of traditional food around. Take a pill of history and you’ll be just fine.

THE CLOCK TOWER (TURNUL CU CEAS) is that building that people always take away in a postcard to remind themselves of the beautiful forms judicial authority can take. In the past people were killed in its basements. If you’ll visit the Historical Museum or the so called Clock Tower, you’ll be amazed to discover the Torture Room - CAMERA DE TORTURA  which would be that facility designed in order to punish and educate the population in a medieval town.

And since you got this far, you might as well take a walk to the Infamous Pole - STALPUL INFAMIE. The tower has been many a times restored and its current form was established in 1884. Architecturally, it belongs to a baroque artist named Johann Kirchel and he... married a local girl.

So if it happens for you to be around during the festival, treat yourself with some traditional Kurtos Kolacs available on the streets where peasants sell them and some red wine-you won’t regret it. There are plenty of select restaurants near you. Binder Bubi is one of them. If you wish to drink a tea, go to Casa Cositorarilor. Complete everything with a theatre evening. Central Park Hotel is the home of T.a.c.T theatre production!

There are a couple of wine cellars around as well,like the ones at Hotel Binder Bubi or Hotel SighiSoara and also the one at Domeniul Dracula Danes (10 km away from the actual city). Wine tasting are available for the connoisseurs.

Other tourist objectives around: 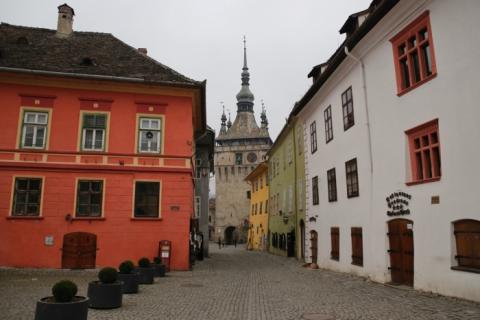 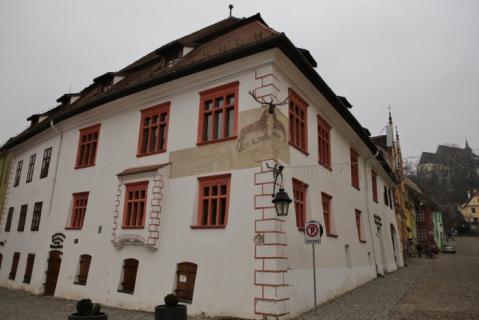 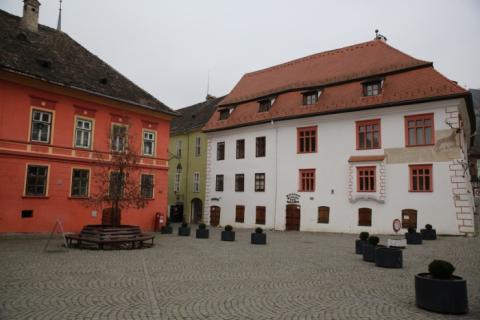 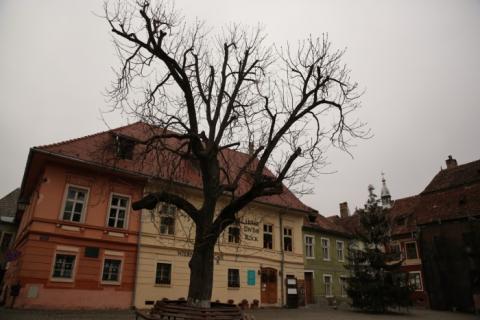 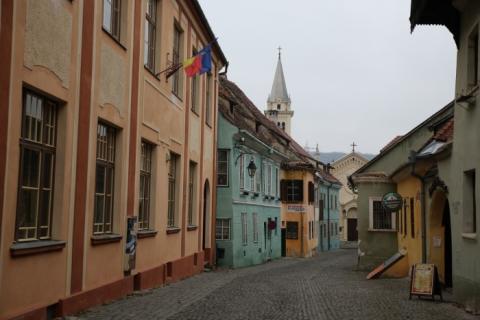 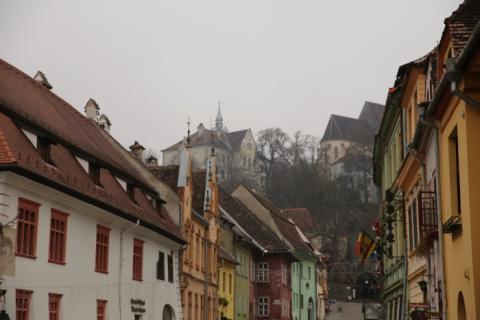 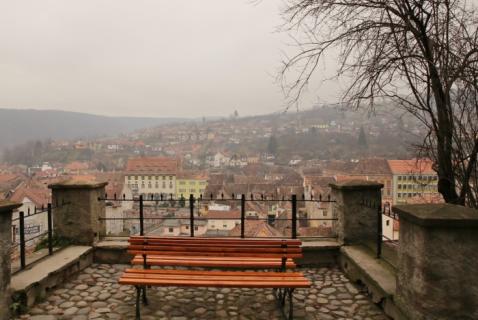 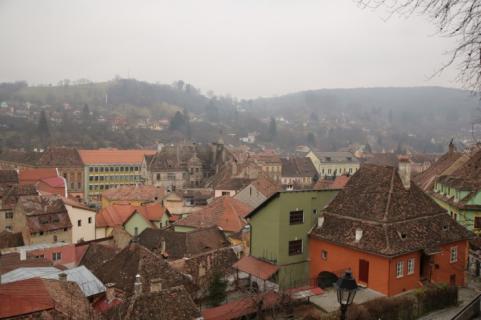 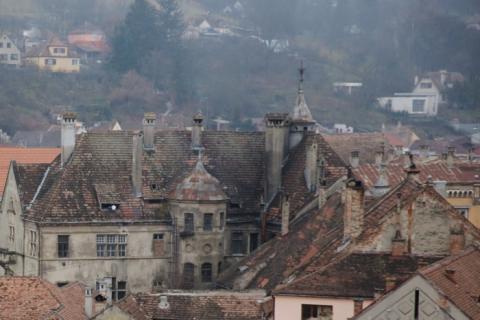